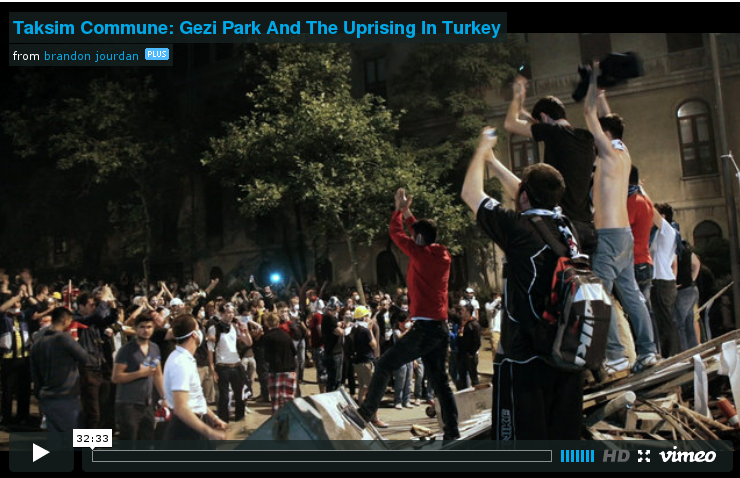 By Brandon Jourdan and Marianne Maeckelbergh

This short documentary tells the story of the occupation of Gezi Park, the eviction on July 15, 2013, and the protests that have continued in the aftermath. It includes interviews with many participants and footage never before seen.

Since the end of May 2013, political unrest has swept across Turkey. In Istanbul, a large part of the central Beyoğlu district became a battle zone for three consecutive weeks with conflicts continuing afterward. So far five people have died and thousands have been injured.

The protests were initially aimed at rescuing Istanbul’s Gezi Park from being demolished as part of a large scale urban renewal project. The police used extreme force during a series of police attacks that began on May 28th 2013 and which came to a dramatic head in the early morning hours of Friday May 31st when police attacked protesters sleeping in the park.

Over the course of a few days, the police attacks grew to shocking proportions. As the images of the heavy-handed policing spread across the world, the protests quickly transformed into a popular uprising against the Prime Minister Tayyip Erdogan and his style of authoritarian rule.