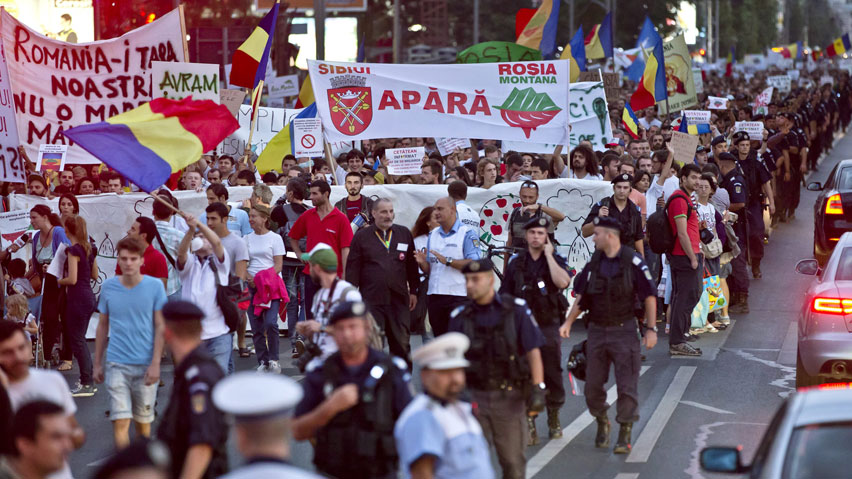 ”
I’ll try to resume the situation here using some articles.
Everything started with a mining project approved by the Romanian
government, which is going to be the largest in Europe.

People keep going out in the evenings, demonstrating. There are not many matterials in English but i will try to include some which might be relevant. Any mentioning in foreign press can be useful. ”