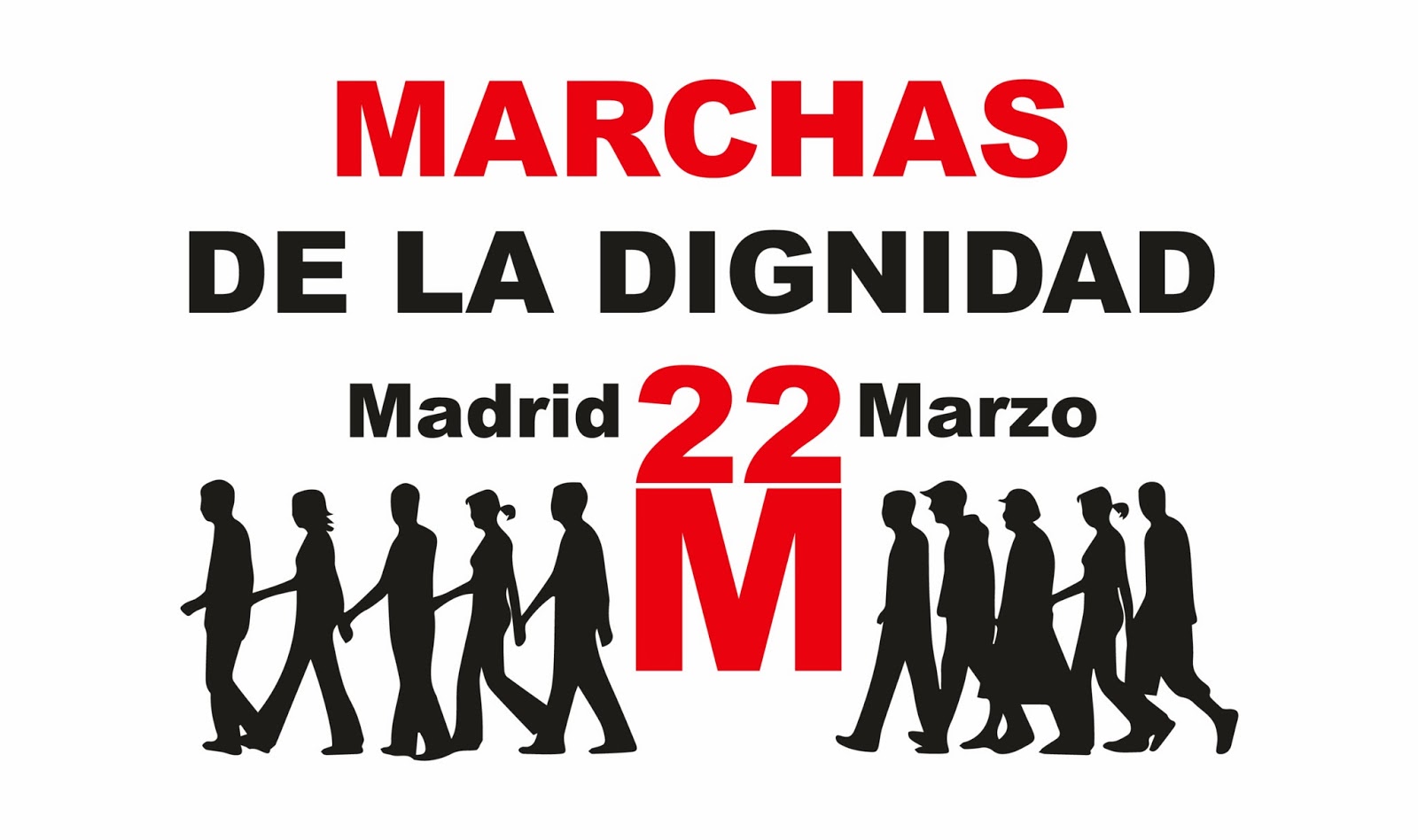 After the 22M Dignity Marches ended, the media war began. Conservative newspapers like El País spread the police headcount of 50.000 people (others even less), which was patently ridiculous when you look at the aerial photos of the protest.

Others strictly mentioned the violence, and even then only in passing. Depending on where you were in Europe (this was most notorious in other austerity afflicted countries), the same media narrative focusing on the violence was propagated, as it helps sideline the massive mobilization of the people against their governments. The photos of the 15M Photo Movement give a good feeling of the Marches themselves, before the violence began.The protesters also flooded the social networks with evidence of police brutality and underhanded tactics. For example, there was video evidence of masked “protesters” helping the police handcuff people or journalists being beaten up.

Journalist being targeted by police.

There were also several very good quality videos. In these three you can see the moment when violence began. The second one is particularly touching. The orchestra conductor keeps going even as shots are beginning to be heard in the background. The third one shows a bird’s eye view of the events.

The orchestra conductor keeps going even as shots are beginning to be heard in the background.

Others show more of the marches and the running clashes that happened afterwards, as people took to active self-defence against the police brutality.

In the aftermath, several people were detained and there were a few minor injuries on both sides, supposedly 101 people (precise numbers are complicated because the police like to overestimate their injured and the protesters with minor injuries often go without treatment). Some unfortunate guy lost one of his testicles to a rubber bullet.

Many people came to the assembly the next day (Sunday 23rd) on the square next to the Reina Sofía art museum. The tone was one of mounting frustration with the authorities, who keep strangling any attempts to change politics as usual, even if people play by “their” rules. One person said “We are pacifists but not stupid, we have a right to active self-defense.” As if to prove the protesters right, police was waiting at the entrances to the square, identifying and searching everyone getting in. They even tried to detain one person, which the crowd didn’t allow.

In the end, the assembly decided to promote a gathering at Sol square at 19:00 to demand the release of those detained during 22M. That night, the gathering soon turned into a demonstration, as people started moving along the city. They shouted against capitalism, debt, laboral reform, the government, and for the release of those detained, for healthcare, education. But most of all they call for “Libertad!” – Freedom.

The atmosphere is festive as the protesters march on the Gran Via, one of the main roadways of Madrid. But the police soon makes another appearance, first by cutting the accesses to Sol square and then at the Gran Via, where they make charges. On the second video, you can see that many protesters still try to enter into a dialog with police, which is quite extraordinary after 3 years of consistent terrorist police behavior towards protesters in Madrid. In the third video, a cop tells a female photojournalist “Shut up, pig”.

A group of around 25 people took this opportunity to occupy Sol square once more, with the idea of replicating the 2011 occupations. They set up a Twitter account, asked for supplies and bunkered down to spend the night enduring the cold, as police didn’t allow them to set up tents. The camp was baptised Camp Dignity.

The next morning (Monday 24th), protesters travelled to the court at Castilla square, where the detained of 22M were being held, to demand their release. Police once again surrounded the protesters and prepared their equipment for a charge. The protesters linked arms and prepared to resist. Some of the organizers entered talks with the police command and made a deal – 10 of them would be identified and take responsibility but, in return, police would have to stand down and reduce their presence. The deal was accepted, but police still searched and identified lots more people. Eventually, the detained started to be released, with an exception – one of them was accused of attempted murder of a policeman (which has since been reduced to assault).

There were plans for a siege of the Madrid stock exchange that night, but those got derailed by the death of Adolfo Suárez. He was the architect of the “Transition”, the passage of Spain from a dictatorship to a sort-of Democracy. Many say he just helped give new clothes to a rotten regime of entrenched interests. The legacy of fascism is still strong in Spain, and the mindset and practices of the ruling Popular Party is proof of that.

Still, back to the protests. The government prohibited the protests in front of the stock exchange, invoking the state funeral of Suárez as reason. The protesters decided instead to do a demonstration, moving along the government Ministries. When it got to Nuevos Ministérios, news arrived via Twitter that police were at Sol, trying to evict the occupiers, who had by then been joined by another hundred people. The protest split and many people headed to Sol, to reinforce those there.

Some managed to get in, but eventually the police closed off access and started identifying everyone inside and taking cardboards away, which people were using to sit, write on or to protect themselves from the cold. They told everyone to get their stuff because cleaners were coming which would throw everything away, so people cleared out the food and supplies from the square. One girl was briefly detained for writing with chalk on the ground “This used to be countryside”. The police was also identifying people leaving the Metro in surrounding neighborhoods.

As before, at Recoletos, it seems the prospect of another camp occupation was their greatest concern. Still, the campers endured another night – until sometime past 7 AM, when police kicked them out forcefully.

A call to reoccupy Sol has hit the social networks for tonight at 19:00. Occupations in solidarity have also been called for Valencia, Bilbao and Barcelona, as well as protests in other cities. The fight continues.