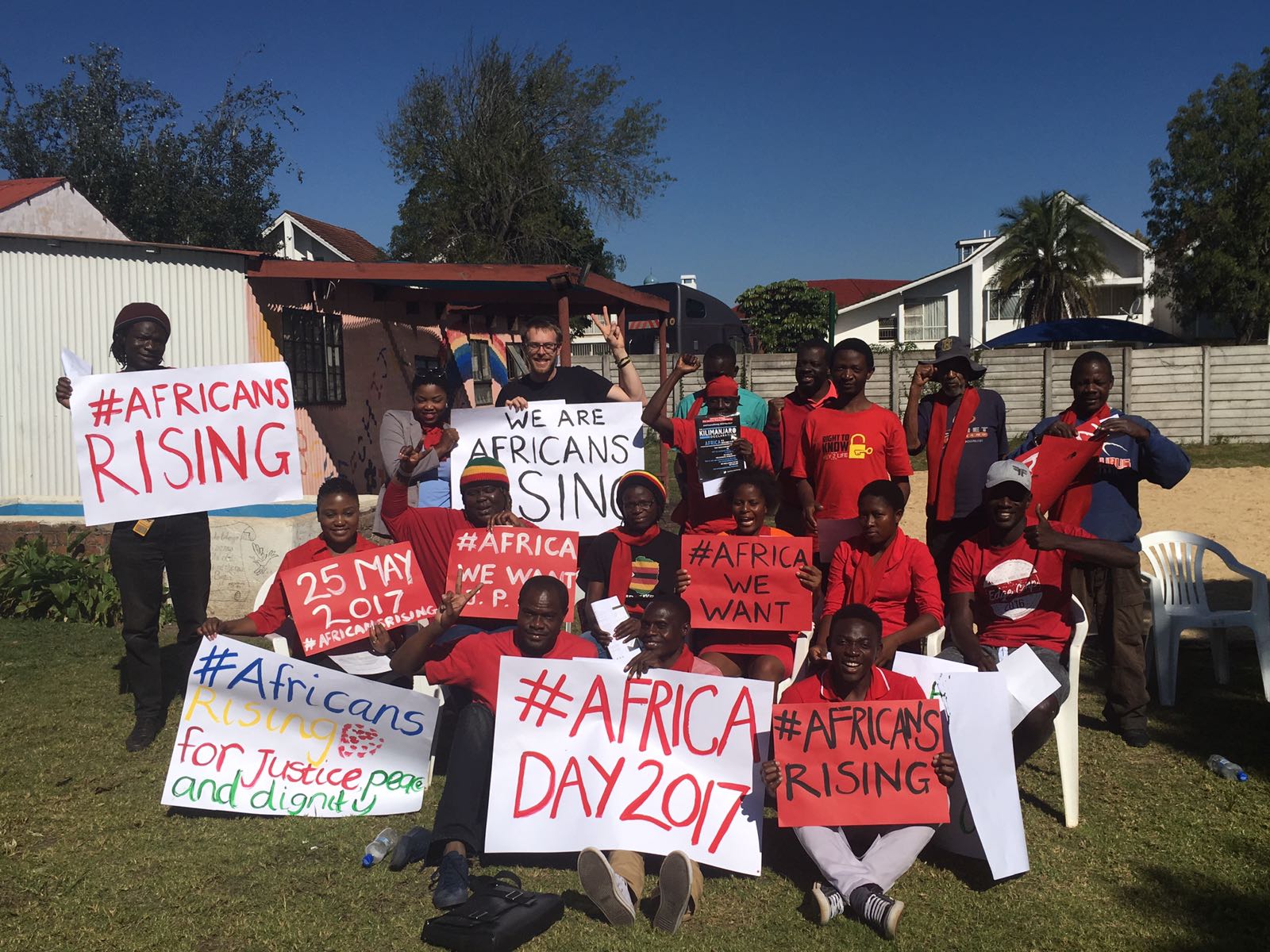 Africa Day is a day for Africans to reflect on the individual and collective efforts of our liberation war heroes that led to the independence of African states. The likes of Julius Nyerere, Nelson Mandela, Patrice Lumumba, Dr Joshua Nkomo and Robert Mugabe just to mention a few, have contributed immensely to the liberation of Africa.

One would perhaps be tempted to quit reading my article on seeing the name Robert Mugabe mentioned. The man prior to the era of selfishness, did contribute greatly to realisation of  freedom in Africa from colonialism, but history that is not linked to the future status of the heroes children is not nice to read. It is like old wives fictitious fables to a generation plunged in abject poverty.

Robert Mugabe after the controversial elections 2013 proceeded to chair African Union. What a controversy!  Investigations reveal that he is rated as one of the icons of Africa. He has been applauded by African heads of state at all sessions of the United Nations. In the eyes of justice does this man deserving an applause? Perhaps yes for making Zimbabwe retain its head boy status in Africa and unrepentant hatred to white brothers. Had this ruler handed over power, praise would have been given without ceasing. Unfortunately his legacy has been eroded .

The attitude of his current political party Zanu pf are a scoff at the principles and values that our liberation icons fought for. There is gross departure from the real reasons our elders went to war. As far as the Gods are concerned, there may be apparent jealousy on their part , for here we have a man who sits on the temple of democracy and is worshipped. We have an institution, ironically formed on the same year that the African Union was formed  ( OAU then) , that don’t know the difference between a state and a political party. One wonders if they can contribute anything to an African vision 2063 when they’ve failed to appreciate what a nation is.

President  Robert Mugabe is surrounded by  a bunch of insubordinate, selfish, human rights violators and stubborn people. The corruption of  ministers is monstrous. There do not serve the people but are a bunch of self serving egoistic brats spoiled by an organisation that drifted into a culture of violence and no ethics. The uncouth characters daily mock at democracy. It is a pity and sad that even the first lady speak things that one wonders how on earth she dares to assemble the words of the alphabet and come up with such despicable messages and vocabulary of untrained women.

Turning to my generation, what significance may be made of this day. I would be livid and worse angered at my generation than on the bad mistakes of the elders. How many of us youths are willing to fulfil their destiny on earth? We may cry of injustice from fellow black leaders and neocolonialism from economic hitmen but what solutions do we have. Shall we be content in just becoming a generation retired in bitterness. Shall we vent our anger only on social media? What solutions do we have besides murmuring and complaints?

I have learnt that in the wilderness of complaints without solutions, fiery serpents of poverty are sent by the creator to punish us for making noise in the universe. A generation that unites and is willing to cooperate in challenging the current status quo each time they take one step towards achieving  that goal, they are typing on the earth as it were on a piano producing sweet music to the Gods.

Africa Day certainly deserves us to celebrate. Not all African states have the economy in a comatose state such as our own bread basket of Africa now a bin basket of China and waste of a few evil rich politicians. Some African states have made progress, Ghana, Botswana and lately war torn Rwanda are very progressive. We need to emulate these and change our destiny.

Rwandese told themselves that they can be self reliant and make progress far from the dependency syndrome.

We Zimbabweans boast of high literacy in Africa. Top 3. It is possible for us to take over the baton from Robert Mugabe and retire all the incompetent Zanu PF ministers and staff . The respect that President Robert Mugabe has from fellow African heads of state can be converted into respect for the giant restored economy of Zimbabwe. All this is possible not by wishful thinking or by bootlicking our current political party leaders. It is achieved through a provocation on this generation to be effectively participating in politics and civil matters.

We all have a generational mandate and obligation as young people to transform Africa into a first world continent and to rid Africa of uncouth dictator’s. You are the change you have been waiting for.