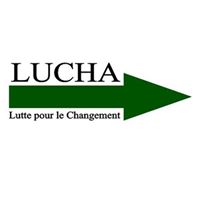 The Congolese people have been quite abused! Dialogue with successive dialogues; financial pretexts to the arguments surrounding the electoral file; until the security chaos deliberately created by power in kasai, kivu, and elsewhere in the country. The economic and social situation of the congolese has reached an untenable level with a congolese franc that is no longer worth much.

In the meantime, every day new revelations erupt on the enrichment of the “Galaxy Kabila” and the opulence in which it lives, while millions of congolese people die of hunger, thirst, disease and insecurity; and The State has a pittance… By saying that elections are “impossible to hold” at the end of December 2017, the president of LA, Cornelius Nanga and the government that he seems to serve have launched a challenge to our people as to test the degree of his Anger and determination. They insulted the patience and indulgence of the people who, on 19 December, had painfully agreed to the compromise reached with the cenco!

The people must respond with great respect to this challenge, demonstrating that he is standing and that he does not intend to grant kabila one more day beyond December 2017., which is why, on Monday, 31 July 2017 , when la was committed to making a revised and comprehensive electoral file available, we make this solemn appeal to a huge citizen mobilization in the four corners of the Democratic Republic of the Congo, through peaceful marches from the various quarters to fall to the seats.

From LA. The objective is clear:

1. Remember that the people will not give kabila and his regime a single day, beyond December 2017, under any pretext or a few political arrangements;

2. Require La to immediately publish a clear electoral calendar, taking into account the non-negotiable term of December 2017 with regard to the effective holding of the presidential, legislative and provincial elections, in order to allow for restoration Rapid order and social peace;

3. Protest against the continued devaluation of the American dollar and the scorched earth policy in the country (Kivu, kasai, Kinshasa…). This appeal is addressed to all congolese who love the country, regardless of political, social, religious or other affiliations. Because no one is going to save Congo instead of the congolese themselves

On Monday, 31 July 2017, let us all rise, without violence: Men and women, young and old, and descend into the streets to the seats of la in all cities and territories of the Democratic Republic of the congo to chant Our anger, frustrations and demands for political alternation this year 2017.

Divisions and egos are the best gift that the oppressors of our people can hope for: outnumber us and show the image of a united and determined people! We call on professional organizations and corporations, religious leaders, musicians and other opinion leaders, diverse associations, leaders of political parties and groups that are truly on the side of the people, students, students, soldiers, police officers. , magistrates and their spouses, wives and children… to all support and participate in this civic mobilization.

La reminds members of the armed forces and police that the Congo does not belong to a man, but to the Congolese people themselves. The change that people want is also for them. Then they must refuse to obey any order to kill, injure or prevent people from expressing themselves. On the contrary, their duty is to support the people in their quest for freedom and dignity, in the face of a regime that treats them as less than anything in spite of their sacrifices and loyalty. La must take all preventive and active measures to ensure the population during the planned demonstrations, in accordance with its mandate. Citizens, United, we are a force that no tyranny can defeat:

For The Lucha, The communication cell.