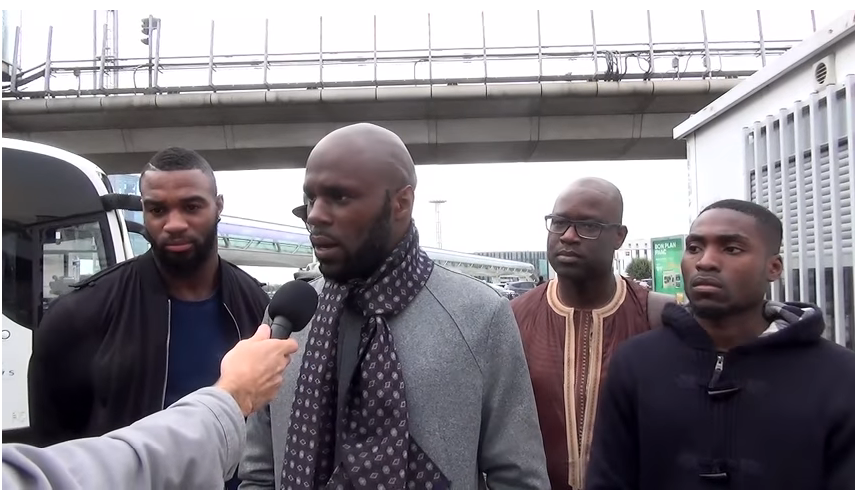 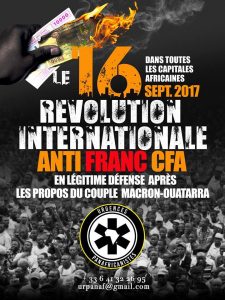 The activist franco-beninese Kémi Séba, well known because of burning 5000 CFA francs, currency controlled by “Banque de France” (the Frech Bank). It was a symbolic action, representing the pain and suffering of African people, who are pauperized and economically colonized.The goal of the campaign is to make African politicians listen to the demands their people, who are mobilizing in different countries against the financial oligarchy, with the intention that African countries become financially independent.

There is an international call on the 16th September to demonstrate or do sit-ins against the CFA franc, it will be followed in African French speaking countries,  Caribbean countries and several cities in France.

Yesterday, was carried out the deportation order against Kémi Séba, signed by the ministry of Interior of Senegal (whom actually had resigned, as well as the rest of Government, a couple of days ago) and arguing that Kémi Séba was “unkind” and a threat for the country, mainly for saying that Macky Sall, president of Senegal, is submissive to France, follows French directives instead of defending the sovereignty and independence of Senegal. The deportation took place without giving the possibility of talking with his family, not even doing a phone call.

Today, the movement “Y en a Marre” called for a press conference, to express how shameful is for Senegal to have deported an African to France, making clear that is not a country of rights, but a totalitarian regime who is afraid of any kind of opposition, even coming from an activist like Kémi Séba, who has no aspiration to come to power.