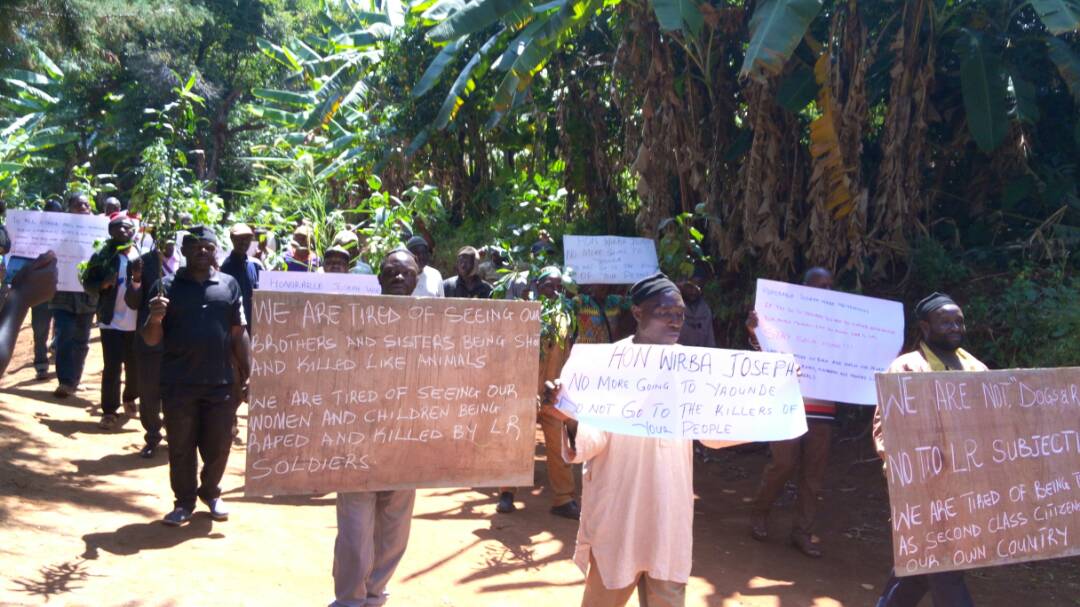 The Government of Cameroon must engage representatives of the Anglophone population in a meaningful political dialogue and halt renewed violence in the south-west and north-west, where the country’s English-speaking minority are reportedly suffering worsening human rights violations, a group of UN experts* has warned.

“We urge the Government to adopt all necessary measures consistent with Cameroon’s human rights obligations to end the cycle of violence,” the experts said in a joint statement.
Up to 17 people have reportedly been killed, and dozens wounded and arrested in demonstrations in the country’s Anglophone regions since 1 October.

The experts are disturbed by reports of a series of measures taken by the national authorities, including curfews, a ban on public meetings, and other restrictions aimed at preventing peaceful protests. Excessive use of force by the security services, injuries, mass arrests, arbitrary detentions, torture and other ill-treatment have also been reported.

Freedom of expression has been reportedly limited by the blocking of internet connections and of access to social media platforms such as Twitter, WhatsApp and Facebook, which a UN expert has previously condemned.

“These restrictions must stop immediately, and the Government must ensure a thorough, impartial and independent investigation into all allegations of human rights violations perpetrated during and after the events of 1 October. The Government must take effective measures to prosecute and sanction all those responsible for such violations.”
The appeal for action comes nearly a year after UN experts publicly urged the Government to halt violence against the English-speaking minority, following reports that Anglophone protesters in Buea and Bamenda had suffered undue force.

The experts also denounced any use of violence against members of the security forces, after reports that several were killed last week.
Since December 2016, the experts have repeatedly raised concerns directly with the Government of Cameroon and continue to monitor and seek clarification of the alleged human rights violations in the north-west and south-west of the country.

Distributed by APO Group on behalf of Office of the UN High Commissioner for Human Rights (OHCHR).