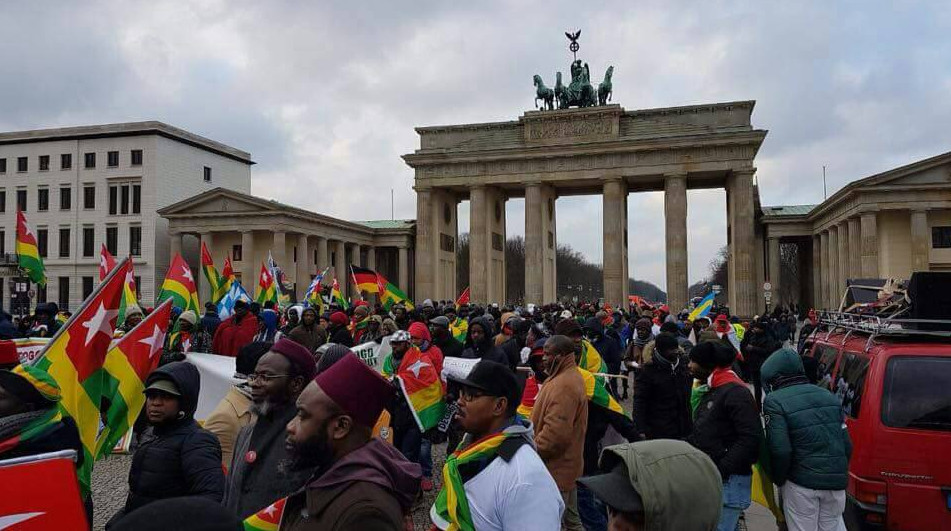 Last Saturday, 13th January there was a call to the Togolese Diaspora to take to the streets and bring #TogoDebout to the heart of Europe.
The people of Togo are fighting for years for the end of the current dictatorship, and in the last months massive protests have taken place in many cities around the country.
Everybody, from old to young, women, men have gone to the streets asking president Faure Gnassingbe to step down, is time for him to leave the power after 50 years.

Togolese are fed up of corruption and the continuous stealing of the president. As the Constitution says, the State has the obligation to give equal opportunities to everybody, education and health care for all, jobs for everybody, right to rents.

Artists are playing an important role in supporting people’s will to make things change in Togo, like the case of Eric MC, as well as is happening in other many african countries, where music is giving the word to people.

Despite police violence, all the demonstrations and protest taken place are non-violent and the will is to find a peaceful way to make president Faure to step down. You can have more updates about the situation in Togovision.

In Berlin there were hundreds of people coming from several German and European cities, despite the cold day, people met at 11h at Brandenburg Tor, to go afterwards to the ministry of foreign affairs and end up in front German Federal Chancellery.