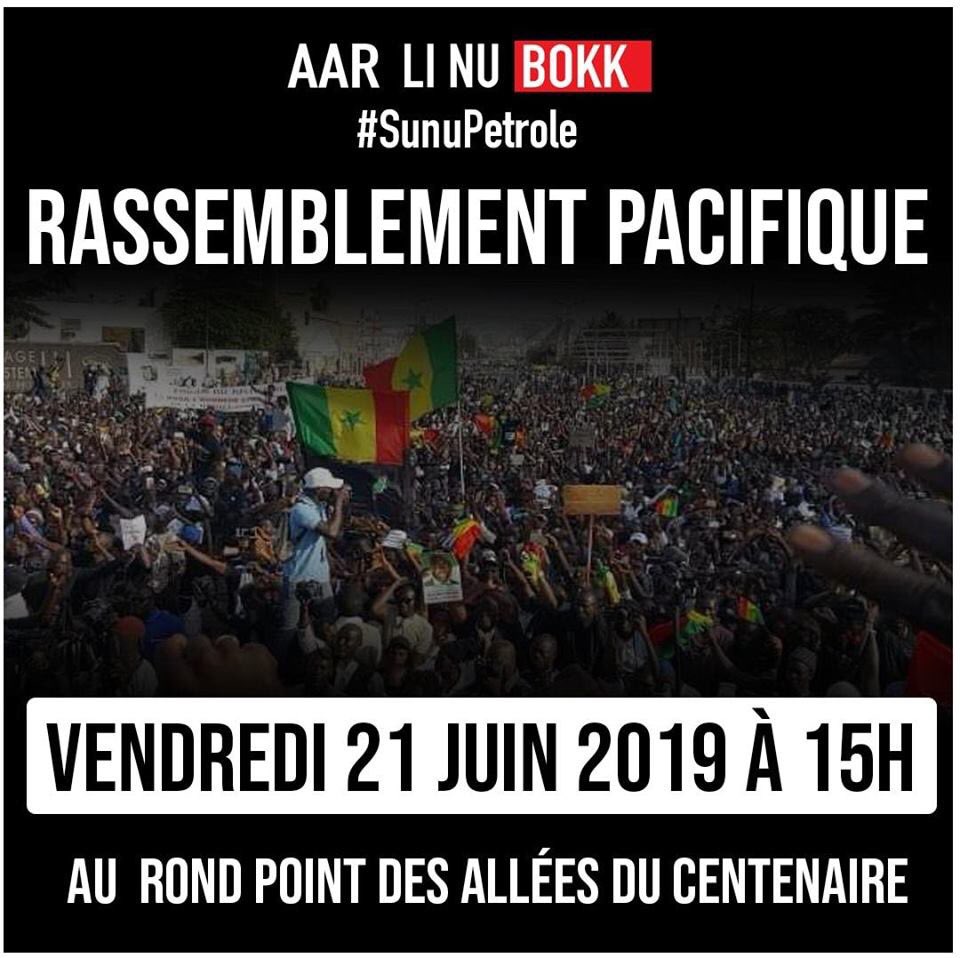 Until first hours in the morning of the 21st June, it didn’t circulate the information that #SunuPetroleGaz gathering was allowed. After the ban of the rally last week, the police repression and arrests that took place, it was not clear what would happen this time.

The authorities had very difficult to argue a second ban. At the beginning of the week the police opened officially the case. Contradictions start taking place. As seen in a video, where the communication minister of Macky Sall says that the payment it took place but as part of an agricultural mission.

At the same time questions are also opening around that the same corruption scandal does not escape president of Mauritania, since BP project petrol exploitation project affects Senegal and Mauritania. BP bought Kosmos energy, company that got the original contract. Any scandal that points out corruption in Senegal, will also trigger researching further details of the contract in Mauritania.

But on the 21st June thousands of Senegalese took to the streets to demand their right to manage their natural resources and to clarify the case of corruption.