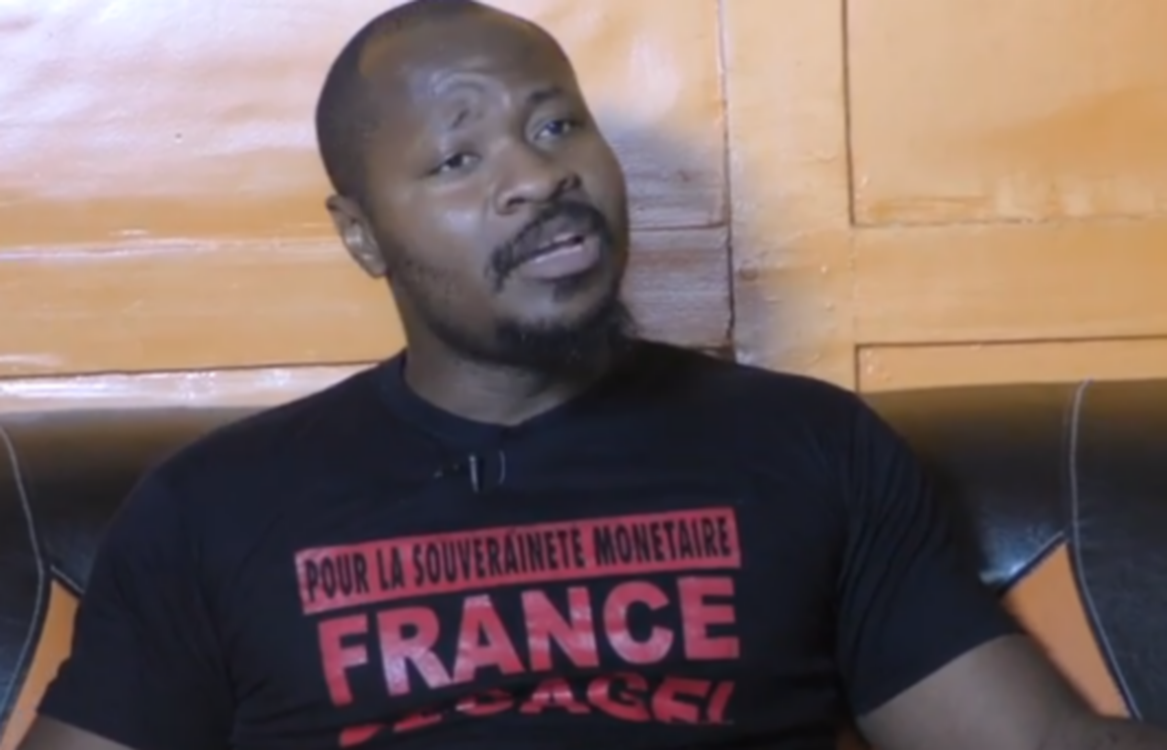 From the back of Room 8 of the High Security District (QHS8), activist Guy Marius Sagna, arrested in front of the gates of the Palace of the Republic for demonstrating against the increase in electricity prices, cracked a letter. In this correspondence sent on the eve of his birthday (29 January), the activist talks about President Macky Sall, the political debate in general, his discussions with the dean of judges Samba not without mentioning his conditions of detention in the penal camp. He also addressed the Senegalese people, to whom he asks not to give up and to be like “candles, continuing to sacrifice themselves to enlighten the political, economic and social debate, and to contribute to the liberation of Senegal in a liberated, united and sovereign Africa”.

Africa is awakening, she must not go back to sleep.

On January 29, 2020, it will be two months since I have been in room 08 of the High Security District (QHS8) of the prison camp. The neo-colonies, and Senegal is one of them, are not lenient with the pan-African anti-imperialist women and men. The stateless bureaucratic bourgeoisie can turn a blind eye to the “paacoo” of peanut seeds in the national assembly, to the theft of public funds from the Coud, the port, the Prodac, the post office, the spoliation of oil and gas, the multiple daily scandals, … . Submissive Senegal prefers the victims of neo-colonialism to immolate themselves in front of the presidential palace, when it does not send them to certain death in the Sahara desert or in the Mediterranean Sea. That these same victims take part in an unconstitutionally forbidden demonstration and this awakens the sleeping lion and stir up a hornet’s nest.

We reproduce the letter in its entirety

Comrades and fellow citizens, receive my congratulations and encouragement in the fight against the rise in electricity prices. This fight must continue to demand lower electricity prices, but also to demand electricity for all. They say that from 2012 to 2019 electrified villages have gone from 1648 to 4276. They never say on how many villages, for how many inhabitants. We also say Noo Lànk for all our fellow citizens who live in regions like Kaffrine where 819 villages out of 1128 do not have access to electricity. Let us explain to our fellow citizens that it is because President Macky Sall and his allies are pillaging our country and letting imperialism plunder Senegal that there are not enough resources for everyone to have electricity at a price that is accessible to all; and that it is not up to the citizens to pay for the political and economic negligence of their elected representatives.

Let us all be candles as we continue to sacrifice ourselves to enlighten the political, economic and social debate and contribute to the liberation of Senegal in a liberated, united and sovereign Africa.

It is this same policy of neo-colonial plunder that explains why there is a deficit of 40,000 teachers and 600 judges, why there are fewer health workers in 2020 than during colonisation, why there is a deficit of more than 750 doctors, why the 2020 health budget has fallen by 07 points, … . This is why we must be at the demonstrations of our brothers and patriotic fellow citizens who are teachers. That is why we must work to build bridges between the different struggles to build a multi-fighting front.

Since December 29th at the central police station in Dakar, their questions and attitudes towards me show that there is a GUY MARIUS SAGNA CASE. I am in a prison for convicted persons in the high-security area they reserve for suspected terrorists, I am the only Senegalese person who does not have the right to use a telephone, in two months I have seen only 07 people visiting, for a case of flagrante delicto registered under investigation because the examining magistrate is not locked up within any time limit.

I feel sorry for Judge Samba Sall. On the same day he tells me that he has a niece among the PCCI workers who were deprived of 14 months’ pay and for whom I participated in three forbidden marches, one of which earned me 10 hours in a cell, the same day he gives me a warrant of committal for the second time. A thinker once said, “There are two infinite things: stupidity and the universe.” How stupid it is to think of breaking me by putting me in jail!

January 29th will also be my birthday.

But there’s an important anniversary to remember: 2020 will mark the 60th anniversary of our true false independence. Let’s mobilize more to get Africa out of the policies of the IMF and the World Bank, the EPAs and the Cotonou Agreement, to get France and the Bretton Woods institutions out of the management of our currencies, … for a sovereign and united Africa. But let’s never forget Hugues Serraf’s warning: “When Africa wakes up, France will send it back to sleep.” It happened at the end of the 1950s when people who had never fought for independence were put at the head of our states. We won the battle for liberation from the monetary word. But caution, France and its valets are manoeuvring on the Franc Cfa.

I heard President Macky Sall say that of the dolphin he knows its only a fish. Let him know that from “no yes or no” we know the game. Senegal and Africa are very serious things to be reduced to the rank of a game for Presidents Macky Sall, Ouattara, Condé, … on the question of the third mandate. For my part, it must be clear that if on the third term Macky makes up, we will take the maquis: the maquis of resistance against oppression against anti-democratic legalism, against political deception and duplicity, …

It will also be NOO LÀNK at a 3rd Macky Sall candidacy.

Wrestling continues. The people will win.